How Soapbox uses Vitally to fuel their Product-Led Growth

People don’t quit jobs, they quit managers. That’s why Soapbox is on a mission to turn everyday managers into the world’s best bosses by helping them juggle team activities while coaching good management habits. They must be onto something since they’re trusted by over a hundred thousand managers and their teams worldwide, including companies like Netflix, Hubspot and Adobe.

Soapbox has thousands of customers, according to CEO and Co-Founder, Brennan McEachran, and many use Soapbox’s free tier. “I hit a point where I looked at all these freemium customers and asked myself, How the hell are we going to make money off this app?”

With over 700 new companies signing up per week, Soapbox needed a way to prioritize trials and free users that represented actual revenue upsell opportunities. Moreover, Brennan refused to compromise the customer experience, even for accounts that were unlikely to ever convert to paid users. All that with a Customer Success team of two.

Soapbox knew CRMs and spreadsheets weren’t going to cut it here. Neither would a manual process.

“This is product-led growth, which means high volume,” said Nick Wakeman, Soapbox’s Customer Success Rep. “With so many downloads, it’s impossible for me to comb through them all and send emails to the ones I think are best. That would take me 24 hours a day.”

They needed a platform that could automatically tell them which trials and accounts were their diamonds in the rough. Hunting for information is time consuming and puts the emphasis on customer acquisition instead of where it needs to be—upsells.

“High volume means we have to automate the acquisition side of the business so we can free up time to put strategic thought into the expansion of accounts,” Brennan said. “People always seem to care so much about price when they’re first buying but stop caring after they’ve used the product for a while.”

Soapbox wanted to find those accounts—the ones that would prioritize results over price in the long run. Even more, they wanted those accounts delivered to them automatically so they could stop worrying about when to reach out and start thinking about how.

Part of finding the right accounts is defining what makes an account a future star. Vitally prioritizes Soapbox’s accounts by using firmographic information like employee count and revenue. That indicates possible interest, but nothing says interest like engaging with a product.

For that, Soapbox used Vitally’s 360-degree customer view to automatically surface Product Qualified Leads (PQLs). It looks at custom criteria like premium feature usage and overall engagement, and then surfaces accounts that could be up-sell opportunities. All Soapbox has to do is wait for the notification and reach out.

300 accounts are far too many for one CSM to juggle. Vitally takes the pressure off by surfacing the ones with high intent, but that doesn’t mean the rest can go unsupported. Or can be supported manually.

“People think everything is handwritten—that’s why it works,” Brennan said. “What they don’t know is that most of the time, it’s just Vitally!”

Soapbox uses Vitally’s Email Playbooks to automate dynamic email sequences. At first, they were worried about the emails feeling impersonal, but because Vitally already had Soapbox’s account and user information, they created emails that were hyper-personalized without any actual human intervention.

“People think everything is handwritten—that’s why it works,” Brennan said. “What they don’t know is that most of the time, it’s just Vitally!”

Now, Soapbox uses Vitally to automate emails across the entire revenue lifecycle, such as:

By automating customer communication and surfacing signals that matter, Soapbox has created a worry-free process. They’ve stopped thinking about which accounts need attention and started thinking about how to scale their business.

“I could literally double, even triple my workload, and still manage it all,” Nick laughs. “That’s why Vitally is so vital." 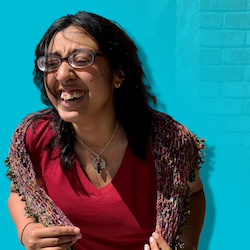 Actionable growth and Customer Success content sent to your inbox 1-2 times a month. Unsubscribe at any time.

Which Customer Success tools belong in your startup tech stack

The right tech tools will automate repetitive tasks, expose insights from large quantities of data, and help disparate teams collaborate more effectively. But with hundreds of software solutions available, how do you choose? Here's a list of 11 tools

These 5 customer churn predication mistakes are costing you

Customer churn prediction is hard—we get it. Especially when you consider most customers don't tell you when they're unhappy. Here are 5 mistakes you might be making when predicting customer churn and what to do about them

To help us better personalize your demo, we'd like to learn a bit more about you :)

To help us quote you the best price, we'd like to learn a bit more about you :)