I'm quite excited about this release 😁. We've got some awesome new features to give you more control over your data, so let's just dive right in!

Let's say you want to track a manual health grade in Vitally (often labeled a 'Pulse'). One way to do this is to create a custom trait for your accounts. And with our newest enhancements to our tables, you can now update your accounts' health grades in record time.

You can now edit each account's or user's details directly from our main tables! Naturally, since Vitally auto-calculates many columns for you, not every cell is editable. Those that are include:

Editable cells are highlighted with a blue border when hovered over. To edit the cell, simply double click on it and make your changes - edits are autosaved as you make them!

Picking up from the 'Pulse' custom trait above, you probably noticed that certain traits were displayed as tags - 'Healthy' is a green tag and 'Poor' a red one.

When creating or editing traits in your Account or User trait settings (tip: hit Cmd+K and type 'Traits'), you can now create predefined options for your string traits. Once you select a current trait value or enter a new one, simply click on the value to customize how it is displayed.

Once you've defined how certain values should be displayed, head over to the accounts or users table to see your changes. 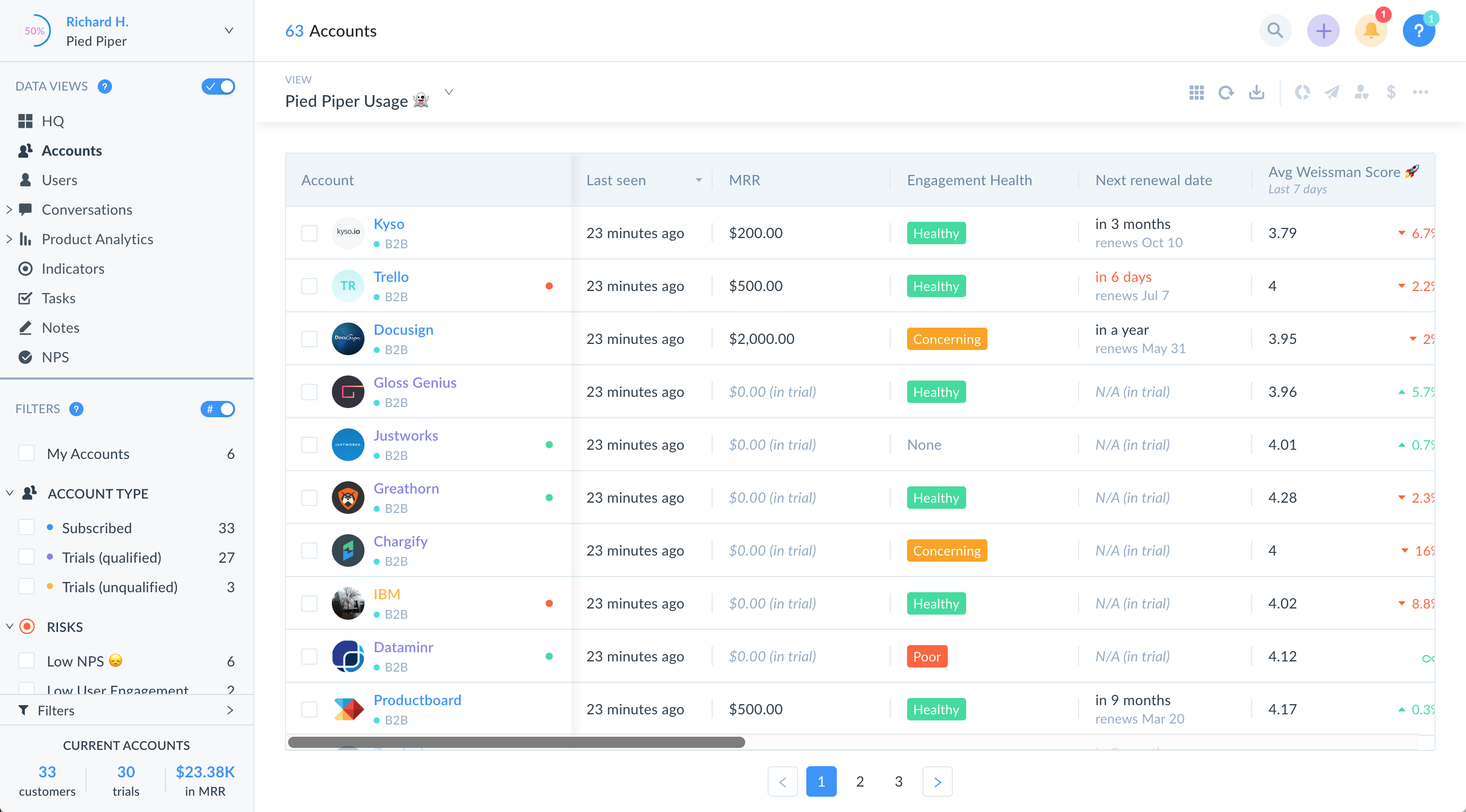 Note that this isn't just limited to custom traits in Vitally. You can customize the display of string or boolean traits for any traits in Vitally, including those from Segment, Mixpanel, Intercom, and any other system 🎉

You can also now assign a team member to be the AE (Account Executive) of accounts. This new "AE" role works essentially the same as our existing "CSM" role, letting you track the sales representative responsible for the account alongside the CS team member.

Not only can you now better manually edit account and user data, but we also added the ability to create new accounts and users within Vitally as well. To create new accounts or users, either hit the global + button in the top right or hit Cmd+K to open our quick jump window and type "Create". 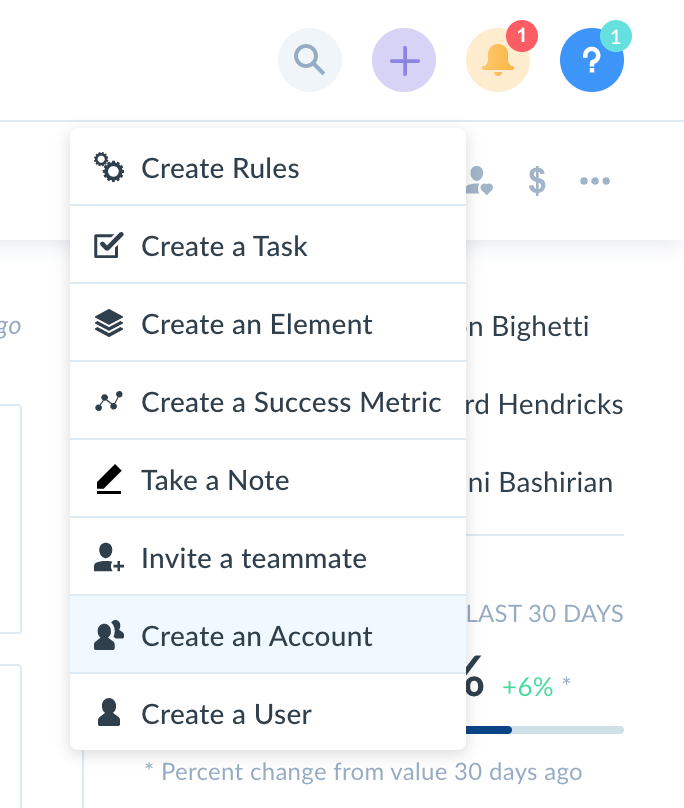 Additionally, you can also now manually edit each account's name and avatar as well as each user's name, email, and avatar. Use this carefully though, as once you edit a detail about an account/user, we will ignore any changes to that detail from the tool that created it (i.e. if you manually edit the name in Vitally and it later changes in your Segment data, we will ignore the Segment change).

Finally, we also added a new Action to our Zapier integration to create NPS responses in Vitally. While we strongly encourage using our NPS add-on to track NPS scores/feedback, you can now leverage Zapier to create NPS scores submitted from other tools.

We are also adding image support to conversations (i.e. emails) created in Vitally within the next couple days. This is just about ready to go, so I wanted to include it in our pre-4th release :)

Stay updated on future posts and join our community of B2B leaders focused on building a data-backed, successful customer base.