For many B2B SaaS companies, users are given access to their product via a pre-purchased license. And over time, that license can be revoked by an administrator, a change in a pricing plan, etc. Showing those changes and understanding which users have an active license is difficult in most products, and while Vitally has had support for auto-detecting account churn for some time now, it's also been difficult in Vitally to show user churn...until now 🙂

To use Vitally's new feature to auto-flag users with deactivated licenses, you'll want to make sure you send us (via Segment, Mixpanel, Intercom, our API, etc) some user trait that flags each user as having an active license vs a deactivated one (a 'deactivated' boolean trait would do the trick!).

Once you've done that, head over to the Lifecycle Tracking section of your account's settings. Select User churn there and define the rules on user traits that identify your deactivated users. As you build your rules, we'll provide a preview of which users would be considered churned vs non-churned if you submitted your rules. 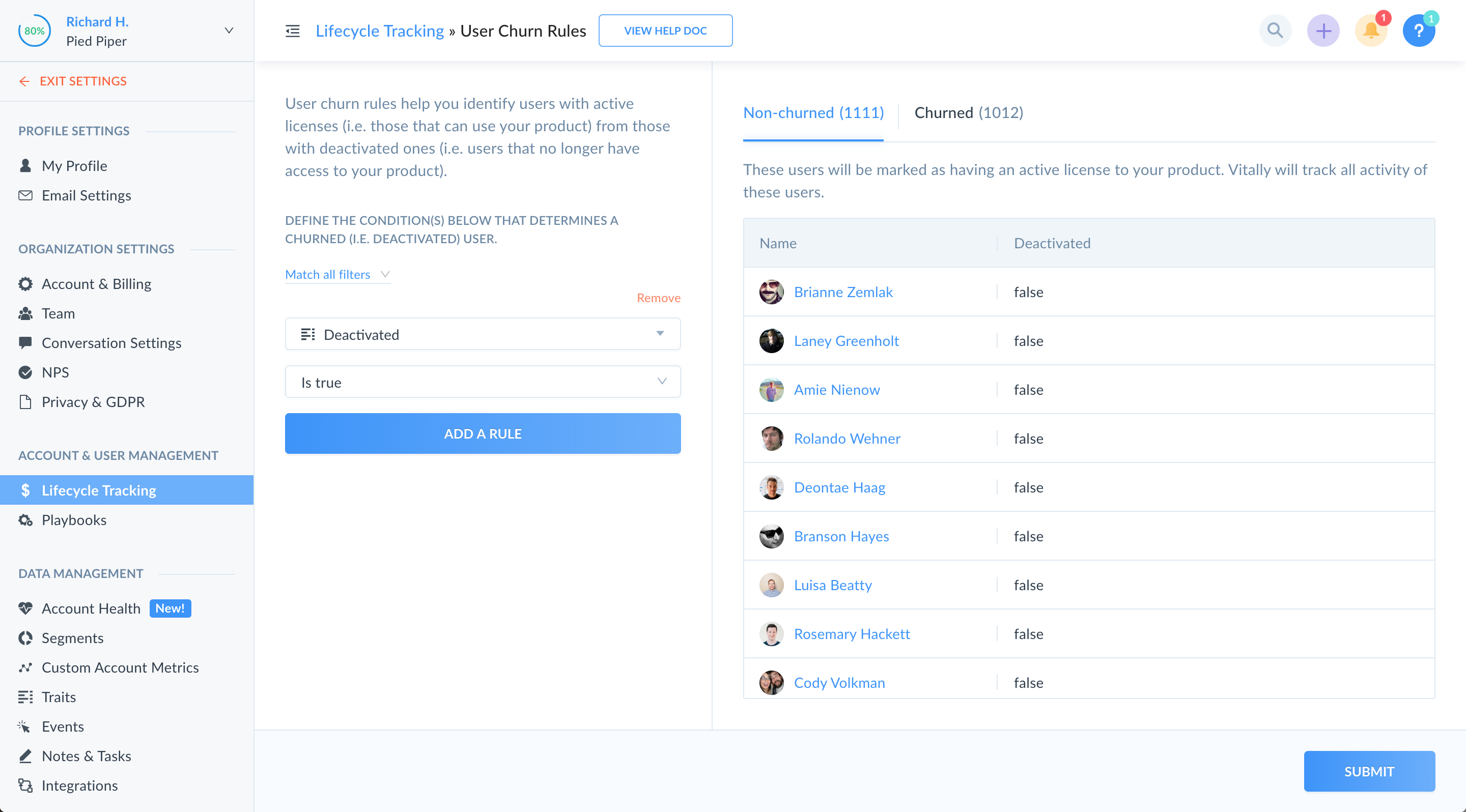 Another use case for this feature is to auto-ignore your own team members that can login on behalf of your customers, as Vitally will auto-ignore any activity from 'churned' users. On that note, there's a few other details around how 'churned' users are treated in Vitally that might prove helpful - this doc explains those in more detail.

Improvements to note taking and categorization

We've also shipped a slew of improvements to how you take notes in Vitally over the last few weeks. First up, we overhauled the UI for taking notes so that you can: 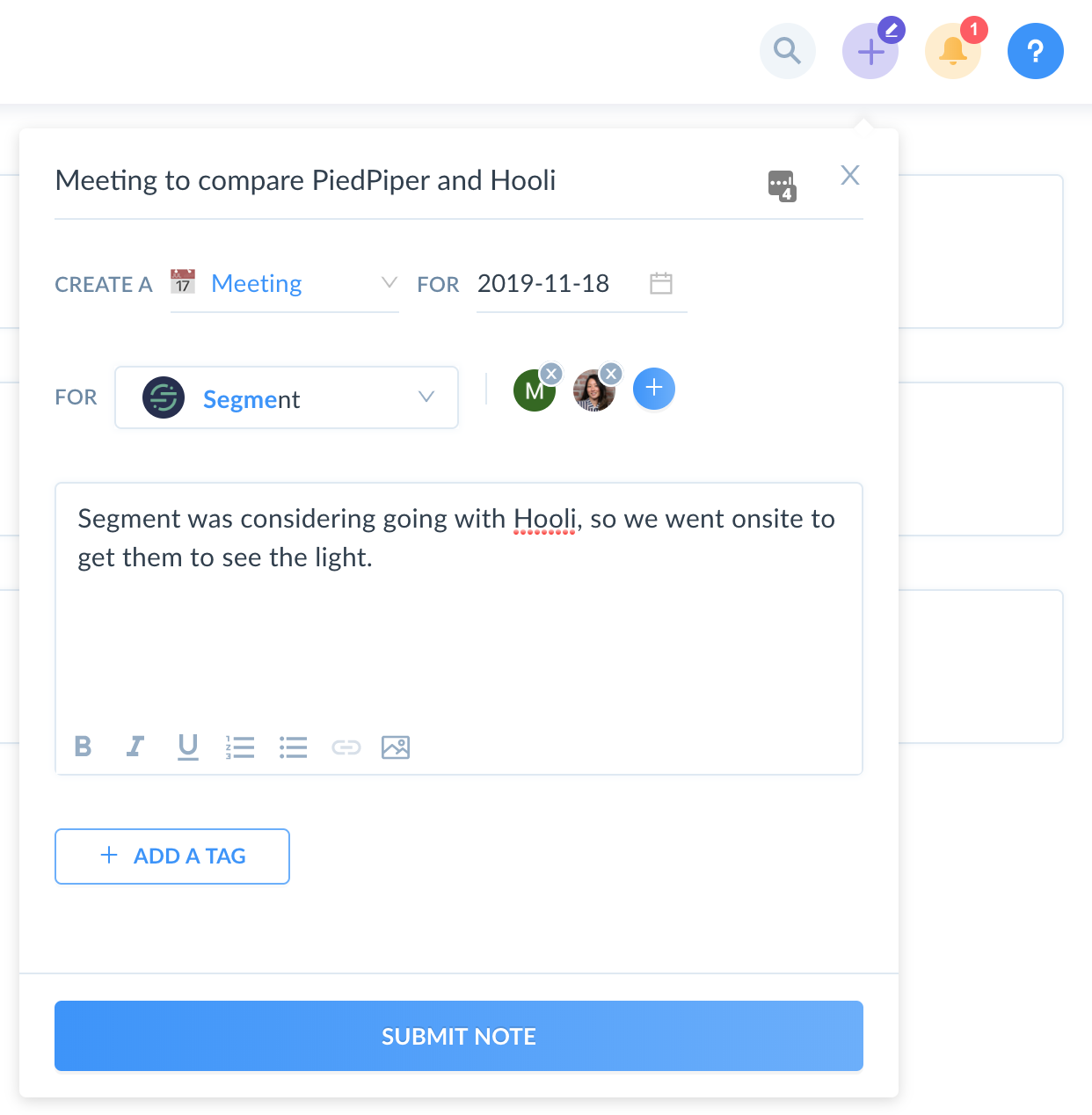 Additionally, you can also now customize more details about your note:

Finally, we also improved the UI for viewing notes and added the ability to filter notes by category, the teammate that took the note, and note tag. 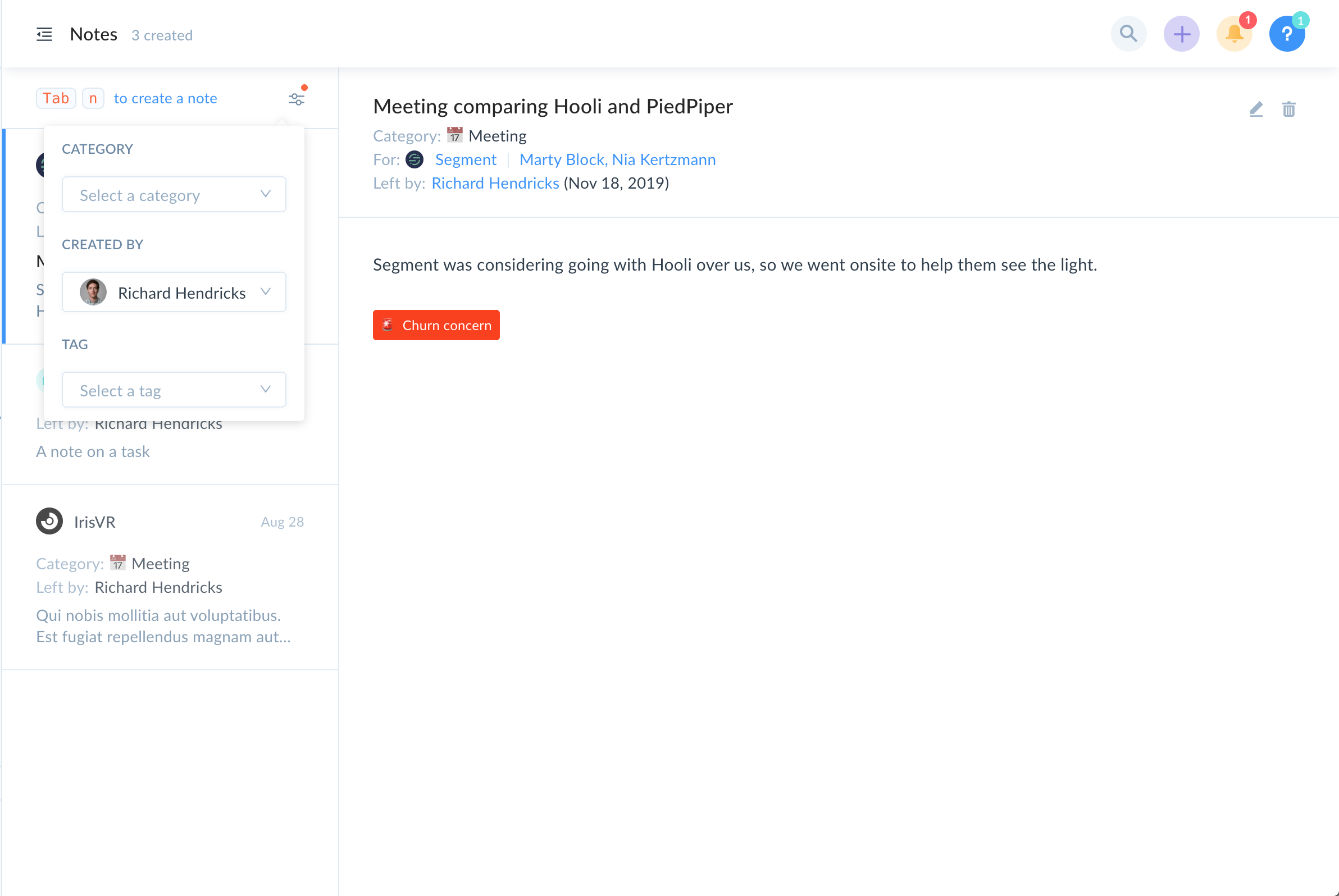 Improvements to task and indicator filtering

Similar to note filtering (detailed above), we've also improved task and indicator filtering. If you click the filter icon above a list of tasks or indicators, you'll now see a variety of parameters you can filter by, including the assigned teammate, dates like when the task was created and completed, tags, and more! 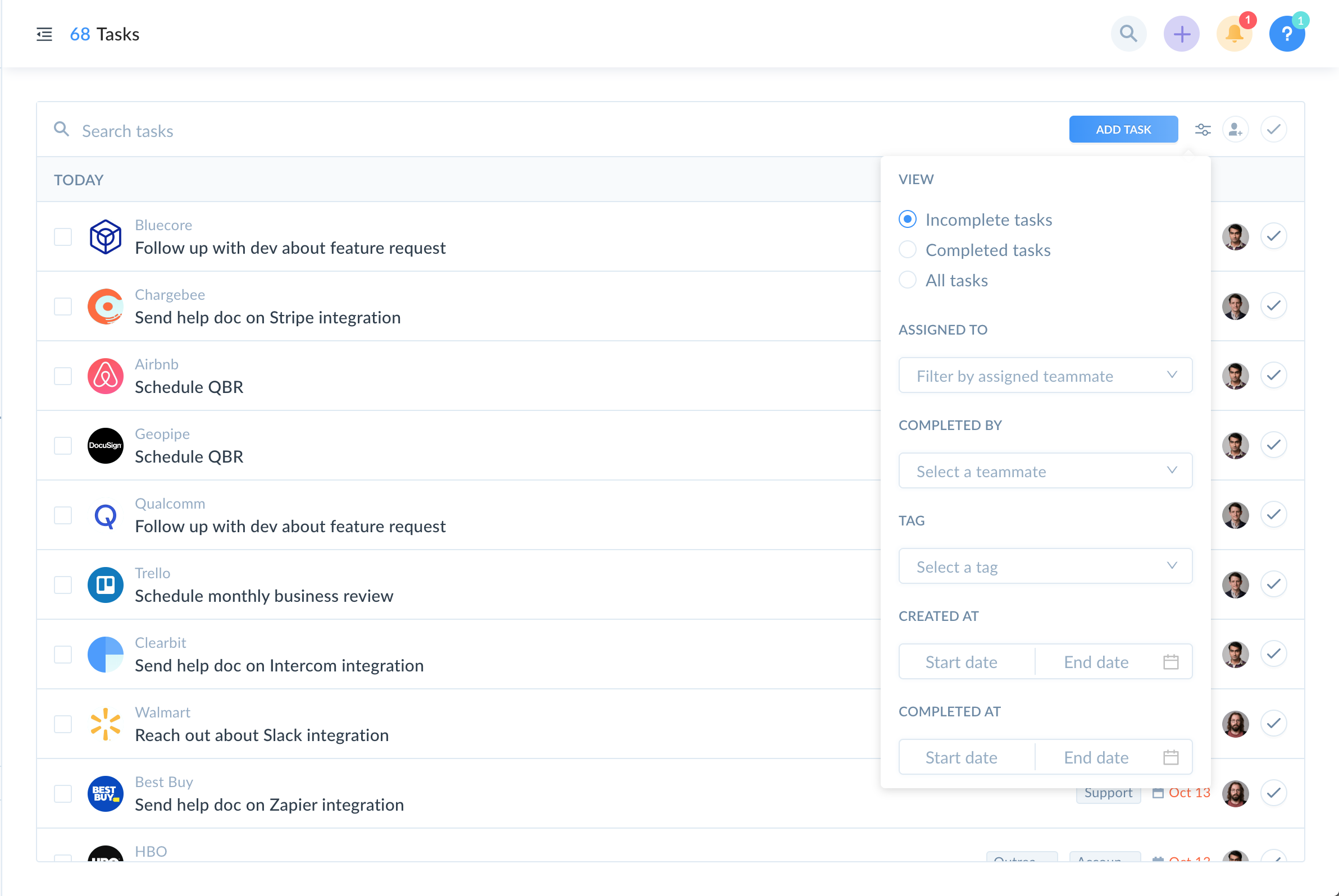 That's it for this release! Have feedback or ideas on other things we can tackle? Hit us up on Twitter!

Stay updated on future posts and join our community of B2B leaders focused on building a data-backed, successful customer base.